You may have lived in Knoxville all your life or just arrived, but there are few things you need to know about this small-town city to enlarge your life, have more fun (two ways), pay less for amazing finds, eat better, and the life-improvement coup de grace (don’t you love it when I speak French in my really bad American, slightly Southern accent!): get out of town at rush hour going West, young (young-ish) captive driver, without tearing out your hair!

Have More Fun #1–With Chocolate

Have More Fun #2–With Guerrilla Warfare 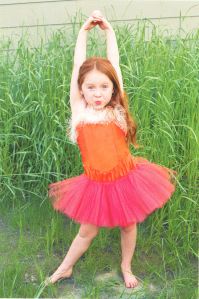 Do it your own way in your pink tutu, dancing passionately.

Eat Better With Atmosphere, Jazz, and Apps (not that kind!)

Now you are a happpppy, well-informed, well-dressed, full belly Knoxvillian, going West in your Marc Nelson Denim, singing” Crystal Blue Persuasion”.. Don’t you have the cutest butt?! Yes, you denim do!

12 Responses to Best-kept Secrets of Knoxville