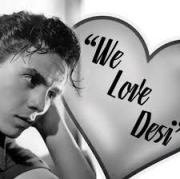 Yes, I was looking up a song on iTunes and with a slip of the keyboard went from classical music to dragging an I Dream of Lucy character, kicking and screaming, into the mix!

Desi Arnaz and Lucille Ball in I Love Lucy.

Never a fan of the show or Lucille Ball–yes, you can come after me with a tuning fork–but I have never been of fan of pie-in-the-face comedy.

There I have said it, and you can crucify me later. Although I am not into their humor, Lucy and Desi had their positives. During the Depression and before she hit it big, Lucy did everything short of taking in washing to keep her extended family afloat.

And Desi–the charismatic, philandering hot tamale–rocked some mean bongos. But I have never gotten into the reruns for their show, so Julia Roberts in Pretty Woman can laugh uproariously at Lucy’s gobbling up chocolates from a conveyor belt without me.

Anyway, my Music Vampire self–always trawling for new music as a vampire sniffs for blood–came across some bitchin’, eclectic music you need to consider for your playlist.

Lead Me Home and The Preacher – Jamie N. Commons (The Walking Dead Soundtrack; what a voice!)

Hold On – Alabama Shakes (Brittany Howard, their lead singer is a revelation that comes once in a lifetime; check out their Saturday Night Life performance on YouTube.)

Come Unto Me – the Mavericks (rock on, you Latin-rock kings; and what a voice on the lead singer!)

Cherokee Trail/Glory in the Meeting House – Dirk Powell, et al. (a musician who played in Knoxville recently at the Laurel Theater)

The Civil Wars, an amazing duo who may or may not still be a duo.

Long Time Gone and because of its title, Barbie at the Bodega – the Civil Wars (and their name is emblematic of the confusion over whether they are still singing together; what a pity if they can’t back off from their secessionistic tendencies.)

Tales of the Islander, Flee as a Bird,  and Fireflies – Caroline Herring (angel-voiced picker)

I leave you with a few quotes that are me; maybe they are you too.

Lindsey Stirling with my take on life.

This is the true joy in life, the being used for a purpose recognized by yourself as a mighty one; the being thoroughly worn out before you are thrown on the scrap heap; the being a force of Nature instead of a feverish selfish little clod of ailments and grievances complaining that the world will not devote itself to making your happy.

Trust yourself. Create the kind of self that you will be happy to live with all your life. Make the most of yourself by fanning the tiny inner sparks of possibility into flames of achievement.

May summer come soon and warm our collective roots.