Posted on September 12, 2013 by aamontgomery

Jon Manchip White was Lindsay Young Professor of English and then Professor Emeritus at the University of Tennessee.

“If a movie doesn’t have any characters that you care about it, it fails. It is not a good movie.” Dr. Jon Manchip White said to our class of English graduate students and would-be writers at the University of Tennessee in the early 1990’s.

“Many wonderful writers did not come into their own until they reached middle age,” he said. How encouraging! We were eager to think that we had time to grow into our writing careers and become the published (ah, published!) writers we were meant to be. 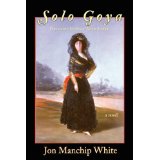 Unlike many of my college professors whose words I cannot recall, Manchip White’s ideas have remained with me. Even though for many years I have written for a living in a different way–writing brochures, annual reports, newsletters, and gift proposals–the possibility of writing a novel or a memoir has been in the attic of my mind. Could be. Might be. Maybe at some point. If I ever find the time. 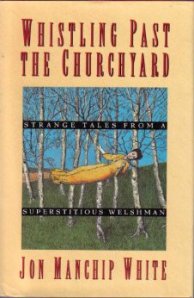 “Your last name is Welsh you know,” he said to me. He wore his own Welsh heritage proudly and let me know I too was a member of this hardworking, larger-than-life, creative tribe of people. As an American, I am always thrilled to know more about my ancestry, about where my forebears came from before they arrived on this continent and (hopefully) found a better life. 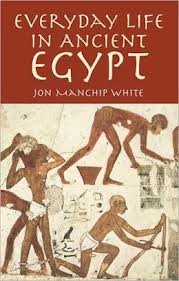 What I didn’t know was that Manchip White was also an expert in Egyptology, who started his career writing for the infant British Broadcasting Company (the BBC) in the 1950’s or that he was a  screenwriter and script doctor in the 1960’s. I didn’t know he wrote poetry, or that he founded the creative writing departments at the University of Texas El Paso and UT Knoxville. How lucky did Knoxville get to attract this man who had lived in Madrid and Paris and contributed to the screenplay for the movie El Cid?! 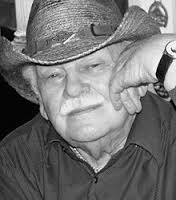 And yet, he was so generous, encouraging, and gave us students small, but ever-so-powerful, clues about becoming successful writers: “Keep a commonplace journal where you write all the snippets of inspiration you see or hear each day. A quote; an overheard conversation; a scenario. You can use those details later to make your writing more grounded in reality. To make it come alive.”

A too-short 89 years after his birth in Wales, a celebration of Jon Ewbank Manchip White’s life is being held on Saturday, September 14th, at 3:00 in the afternoon at the Foundry here in Knoxville. His obituary states he was “native of Cardiff, Wales, and a U.S. citizen by choice”. He wrote his life on a wide page and a wide screen. I am privileged to have learned from him, was encouraged to be my most full writing self because of him, and have never forgotten him. He was a writer; what could be a higher calling than that?

Cheers and Godspeed, Professor Manchip White. As my Irish Mamaw would say, I am proud to have known ye.

4 Responses to A Commonplace, Extraordinary Man